Chronicle: Going forward by going back 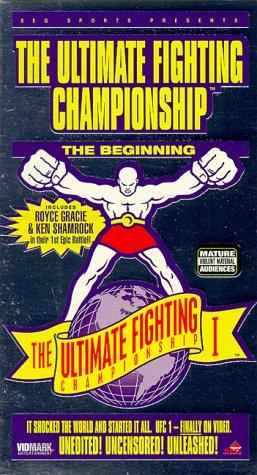 Is Stephen Thompson, as a specialist, the future of Mixed Martial Arts?

When this all started in 93’ it was style versus style, guys that had what would now be considered primitive mixed martial arts skills going up against a master of one discipline. At the end of the night and over the course of what actually only adds up to around 14 minutes, Royce Gracie proved on a cold November night in Colorado what happens when a master of one art goes against a master of another.

Skip forward a decade or two and suddenly fighting evolved more in twenty years than it had in thousands. The reasoning was simple, martial arts were all used for a specific purpose, certain attacks with spinning jump kicks originate from places that had people on horses that they needed to knock down, Brazilian Jiu-Jitsu would have very little success against a guy on a horse.

Things such as Muay Thai were meant to cripple an opponent in close combat and move on to the next guy as you defended a kingdom, great in theory but not so great against a hulking wrestler that plans to smash and smother you one by one. As all these styles collided we seen what works in a cage fight and what didn’t, because of that certain skills disappeared and certain ones were polished, then we really started to see a style known as Mixed Martial Arts. All of this fine tuning has left us stuck wondering, what more can we do? Will the next wave of fighters be jump kicking off from fences like Anthony Pettis or will they be guys who walk around at heavyweight and get excess organs removed so that they can fight at bantamweight?

When Chuck Liddell came around everyone thought, that’s it, that’s perfect and then a generation later when Jon Jones came around we all said, that is the culmination of a perfect Mixed Martial Artist. A guy that blends submissions and wrestling with striking of all disciplines in one.

As unbeatable as Jon Jones has been, he isn’t perfect at any of those things in particular, he’s simply the best in the world at blending them together randomly so there is no way to figure him out (helps that he is a freak athlete too), this style is the same as GSP or Demetrious Johnson (who I consider the best if people didn’t already hear that a thousand times). As of lately, it seems as if the only way for fighters to go forward, is actually to go backwards. To not be 20% wrestler, 20% boxer, 20% BJJ, 20% muay thai and 20% judo. That was for the last few years the case and those 20%’s switched around depending on who they were. But I’d say when Lyoto Machida figured out that 90% karate and 10% bjj would work, I’d say that is when people started to look at different ways to mix it up.

Sure we had a Randy Couture who was 80% wrestling and 20% boxing or the next evolution which was Dan Henderson who was more of a 50/50 guy. It seems all of these people had success when they stuck with what worked. Eventually, people figured them out and the jig was up, however all of them had their day in the sun for a little while, and didn’t start losing until they abandoned what worked for them in order to win fights in less predictable ways. The reason I bring all of this up is because when I watched Stephen Thompson beat what looked like a completely outmatched Johny Hendricks I couldn’t help but think, that guy isn’t 50/50 or 20/20/20/20/20, he is a throw back. A specialist the equivalent of picking up a sniper rifle in call of duty and waiting. He is the future of mixed martial arts and he became the future by reverting to the past. Everyone in the game is so use to fighting people who are good at everything but they can’t complete against people who are absolutely amazing at one thing, and good enough at the other stuff for when they need it.

Don’t let your trainers fool you

Look at Stephen Thompson and his karate, look at McGregor and his boxing, DC and his wrestling, Werdum and his BJJ, Maia and his BJJ, Holly Holm’s boxing and Joanna Jedrzejczyk and her Muay Thai.  These are all people that go up against fighters known for their amazing boxing, amazing wrestling and bjj but those opponents find out quickly, oh man… All those training partners I brought in, they aren’t as good as I thought.

My training partner who was a college wrestler told me I would do fine against DC, well, apparently there is a talent gap between college and being an Olympian. Or Edmond Tarverdyan says my boxing is the best ever, I can skip my judo as I am amazing at hitting pads, everyone tells me, just ask my coach, so I’ll go box that girl who has never lost a match as a professional boxer and show her that I’m just as good.

It looks as if fighters are taking giant leaps forward by taking what a few years ago people would consider giant backwards. As fans we are once again watching fights where it’s style versus style. I find this very exciting as for a while we had a bunch of equally skilled people and it came down to athlete versus athlete and who would make the first mistake or gas out (Clay Guida, Benson Henderson and so on).

Now we have people that find they need to either change their game plan immediately and fight round 2 differently or else their chances of winning get further and further away. This isn’t to say that their are not mixed martial artist out there crushing it. Cruz, Dos Anjos, Lawler, Rockhold are pretty good examples of people doing just fine as more diversified fighters.

To me though, it looks like the next step forward in MMA is to stop going to these everything under one roof MMA gyms and start going back to the source a few times a week. Going to a master BJJ or Karate or Boxing gym. A gym that every single class is that one martial art. Not a gym that is, yoga at 11, bjj at 12, boxing at 2, stretching, wrestling, gi, no-gi and so on.

I could be wrong, but so long as the Maia’s, Werdum’s, Thompsons and McGregor’s do enough to suck people into their world, whoever their fighting will find out quickly they are not as good as their coach has been telling them. And their boxing or wrestling or whatever is no where near as ”world class” as they thought it was. Reality is a harsh mistress like that.