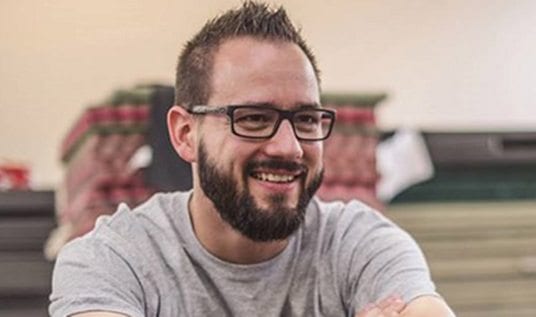 ”First of all, I’d like to say, that I’m really sorry for everyone involved in this event and of course especially the fighters, who’ll now suffer due to, what I personally view as, the ridiculous actions from the SMMAF’s pro committee.

On a personal note, I’m shocked and appauled by the SMMAF. This is hurting so many local fighters, as well as the entire Nordic MMA scene has taken a massive hit.

When Graham Boylan and yours truly sat down with the SMMAF, we made it perfectly clear, that we would ”play ball” with the SMMAF and use their Swedish rules (no elbows and upkicks) for the undercard fights, but that the main card fights had to be fought under the unified rules. We were made sure, that this wouldn’t be a problem, as long as we lived up to their demands and followed their protocol, which we have.

I’ve personally written every single application for the five maincard fights, and these are all fighters of a high level. I’ve gone through their strengths and records plus made valid arguments for why, these fighters should be allowed to fight under the unified rules. Not a single one of these applications have been answered, besides us getting a ”no” to four of the fights, while a single one was approved. We haven’t received any specific reasonings, arguments or explanations from the pro committee.

I must say, I strongly disagree with their negative decisions, and I find their lack of response being both disrespectful and arrogant, considering the vast impact their decisions have on so many people.

We’ve done everything we were asked of, and yet it seemingly comes down to two persons on the pro committee, who for some reason have decided to vote no to these fights. Honestly, it makes me rather uncomfortable, and it does raise quite a few questions, when they accept only one fight under these rules (Martin Svensson vs Dave Hill, ranked 152 and 164 respectively by Fightmatrix.com), while for instance an absolute elite WMMA fight in the Featherweight division between the World’s number 5, Pannie Kianzad, and the World’s number 11, Alexandra Buch, was turned down. How does that make sense?

As a sidenote, Johan Halldin, the president of the SMMAF, asked us to use Pannie Kianzad in our main event, because he thought it would be a good signal to have a women’s MMA fighter of her caliber and charisma to be the star of the show for the Swedish mainstream media.

By no means am I trying to take anything away from Svensson or Hill, who are very good fighters in their own right, but if the term ”worldclass” is what the pro committee is looking for, how on Earth can they deny Kianzad and Buch the right to fight under the unified rules? Both are elite fighters with extensive backgrounds in other Martial Arts, and they’ve beaten top fighters to solidify their positions as worldclass competitors. This is just one example, and I wish I could laugh at this, because it does sound like some sort of joke to me.

If you look at the UFC undercard fights in Sweden, which all have been approved to be fought under the unified rules by the SMMAF, and compare them to our maincard fights, I find it hard not to view the SMMAF as being UFC-biased. Many of our main card fighters are more experienced than some of the fighters allowed to fight under the unified rules on the UFC undercards, and in my book that’s just wrong.

It’s a shame for the fighters, the Swedish MMA scene and the entire Nordic MMA scene, that we now have to move the show to Jordan. This was a massive opportunity to showcase a large group of the Nordic and particular Swedish talents to the rest of the World, but I have to agree with and support Graham Boylan’s decision.

We’ve had the support of so many players on the Swedish scene from managers to coaches to fighters to people in the SMMAF including Johan Halldin, and I’m thankful for their support. But unfortunately bureaucracy wins this one, and Swedish MMA suffers a devastating blow.

I’m really sorry, guys, but it’s out of my hands.”